New York, NY (19 September 2019) — A new report from the Coalition for Urban Transitions, supported by 50 leading institutions, shows that national governments that invest in low-carbon cities can enhance economic prosperity, make cities better places to live and rapidly reduce carbon emissions. The report finds that implementing low-carbon measures in cities would be worth almost US$24 trillion by 2050 and could reduce emissions from cities by 90%. Climate Emergency, Urban Opportunity is the most comprehensive report to date to examine the critical role of national governments in achieving equitable and sustainable economic development in cities, which are home to over half the world’s population and which produce 80% of gross domestic product and three-quarters of carbon emissions.

“Cities are engines of growth, innovation and prosperity,” said António Guterres, Secretary-General of the United Nations. “This report shows how the right investments can build sustainable and liveable cities and communities that will help us achieve the Sustainable Development Goals and the objectives of the Paris Agreement. It is possible and realistic to realize net-zero urban emissions by 2050. But to get there, we will need the full engagement of city governments combined with national action and support.”

Science tells us that we need to reach net-zero emissions by mid-century to avoid dangerous climate change. The Urban Opportunity report finds that low-carbon measures in cities could deliver over half of the emission reductions needed to keep global temperature rise below two degrees Celsius. The report shows that it is possible to cut 90% of emissions from cities using currently available technologies and practices – including carbon savings from buildings, transport, materials efficiency and waste – while also delivering a significant economic return. Doing so would require an investment of US$1.8 trillion (approximately 2% of global GDP) per year, which would generate annual returns worth US$2.8 trillion in 2030, and US$7.0 trillion in 2050 based on cost savings alone. Many of these low-carbon measures would pay for themselves in less than five years, including more efficient lighting, electric vehicles, improved freight logistics and solid waste management. With low-carbon innovation we can reach net zero.

“National governments with the vision to invest in smart, sustainable cities today will see great returns on their investment,” said Lord Nicholas Stern, IG Patel Professor of Economics and Government, London School of Economics. “Zero-carbon cities will offer countries a competitive advantage as they seek to attract global talent and investment. Countries that do not pursue the transition to zero-carbon cities, on the other hand, face staggering costs of inaction. High-carbon systems will become unprofitable or inoperable as markets and regulations evolve, and the result will be stranded assets and workers left behind as industries fail or relocate.”

The report also demonstrates that in addition to the economic benefits, compact, connected and clean cities provide a higher standard of living and greater opportunity for all. Investments in low-carbon measures in cities could support 87 million jobs annually by 2030. These measures will also reduce choking air pollution, cut chronic traffic congestion, and improve worker productivity. Urban populations are growing fast, and trillions of dollars will be invested in urban infrastructure in the next decade. National governments must seize this brief window of opportunity, as decisions made about cities in the next decade will put countries on a path to prosperity and resilience – or decline and vulnerability.

Cities offer us an unparalleled opportunity to conserve resources and live within our planetary boundaries. Currently, creeping urban sprawl threatens vital agricultural land and forests: between 2000 and 2014, urban settlements expanded by an area of land twice the size of Sri Lanka. Creating more compact, connected cities would protect biodiversity, safeguard food and water security and enhance resilience to new climate hazards – all while cutting emissions from land use change.

The need for a zero-carbon urban transition is immediate, and the costs of inaction could be devastating. Over ten percent of the world’s population, 820 million people, live in coastal zones prone to sea level rise, and 86 percent of them live in urban or quasi-urban areas.

“Los Angeles and cities worldwide are on the front lines of the impacts of climate change — and we stand front and center in the fight to address it,” said Eric Garcetti, Mayor of Los Angeles and C40 Cities Vice-Chair. “Mayors recognize the critical role that national governments can play to reverse the climate crisis, and are ready to partner with our federal leaders to advance our work to protect our most vulnerable residents, strengthen global health, and create a low-carbon, green economy that works for everyone.”

“In signing the Paris Agreement, national governments committed to tackling climate change,” said Christiana Figueres, Vice-Chair, Global Covenant of Mayors and Former Executive Secretary, UNFCCC. “As public demand for climate action grows, countries can harness the dynamism and creativity of cities to increase the ambition of their Nationally Determined Contributions ahead of COP26 next year.”

Launched just ahead of the U.N Climate Action Summit, the Urban Opportunity report provides the evidence and confidence that governments need to submit more ambitious Nationally Determined Contributions in 2020, and to propel inclusive, zero-carbon cities to the heart of their national development strategies. Worldwide, fewer than two in five countries have an explicit national strategy for cities, and only seven countries currently have both a National Urban Policy and a Nationally Determined Contribution that specifically address climate mitigation in cities.

“Tackling the climate crisis and securing economic prosperity is possible.” said Svenja Schulze, Federal Minister of the Environment, Nature Conservation and Nuclear Safety, Federal Republic of Germany. “Sustainable, resilient cities will play a key role. But local governments cannot drive the zero-carbon transition on their own. Strong support of national governments is essential to unleash the full transformative potential of cities and towns.”

This report offers case studies from around the world where national and local governments have worked together to rapidly and profoundly transform their cities for the better within two or three decades, including: Chile, China, Colombia, Denmark, Germany, India, Indonesia, Namibia, Rwanda and South Korea.

This report also presents six key priorities for actions that national governments can take to seize this opportunity:

Climate Emergency, Urban Opportunity: How national governments can secure economic prosperity and avert climate catastrophe by transforming cities is a new report from the Coalition for Urban Transitions. The report is underpinned by a three-year research effort by a coalition of 50 of the world’s foremost research institutes, networks of national and city governments, investors, infrastructure providers, strategic advisory companies, non-governmental organisations and social movements. Together, they call for national governments to prioritise compact, connected and clean cities in order to secure economic prosperity and tackle the climate crisis.

The report was released ahead of the United Nations Secretary-General’s Climate Action Summit, and is a foundational document for the Summit’s Infrastructure, Cities and Local Action track.

About the Coalition for Urban Transitions

The Coalition for Urban Transitions is the leading global initiative initiative supporting national governments to unlock the economic power of inclusive, zero-carbon cities. The Coalition equips national governments with the evidence-based research and policy tools to prioritise more compact, connected, clean urban development. The Coalition’s in-country programmes in China, Ghana, Mexico and Tanzania provide models for other countries on how to effectively develop national urban policies and infrastructure investment strategies. Founded in 2016 and guided by an Urban Leadership Council, the Coalition is comprised of 36 diverse stakeholders across five continents. A special initiative of the New Climate Economy, the Coalition is jointly managed by the World Resources Institute Ross Center and the C40 Cities Climate Leadership Group. 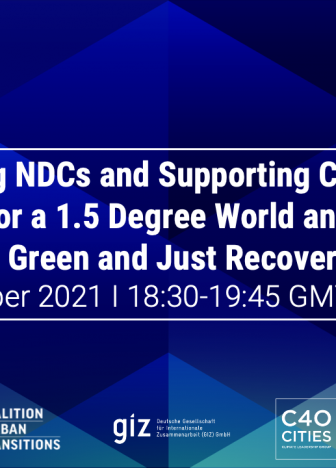 COP26 Event: Localising NDCs and Supporting City Action for a 1.5 Degree World and a Green and Just Recovery 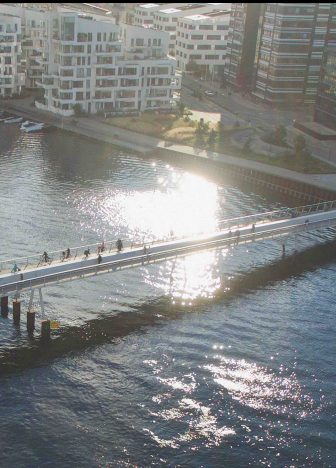 Our Urban Future: How national and local governments can work together for prosperous, climate-safe cities 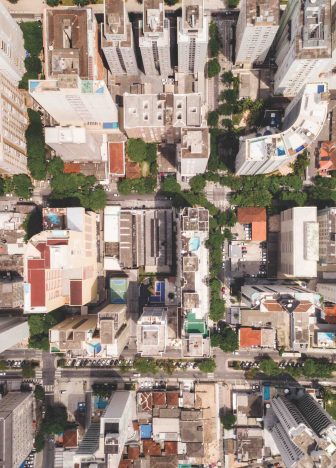 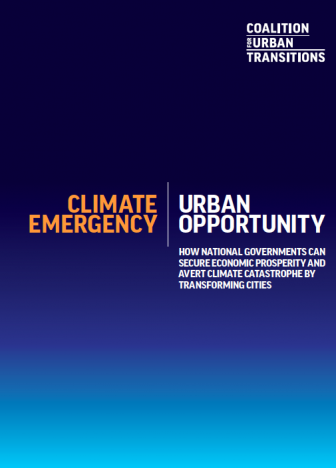